Reportingrefugees.com was created within the project
​“Balkan Bridges: Bringing Together Journalism Students to Enhance Mutual Understanding and Promote Tolerance & Diversity”.

This project aims to professionally connect young journalists from the Balkan region through professional, investigative and overall reporting on the refugee crisis. While the refugee crisis has received intense coverage from the global media, we believe that this story is not yet finished. The historic migration from mid-2014 to 2016 through the Balkan route has been acknowledged as a fundamental test of European politics and identity.

But it is not the first time that the Balkan region is the territory of refugee migrations. In this area, thousands of refugees fled their countries during the war in the 1990s, during a time when many of these student participants were merely children. Now, while studying to become journalists, this project and collaborative effort will help them learn to report professionally on a relevant global issue while using new, multimedia techniques to engage a wide audience.

​Phase 1: Off to Phoenix, Arizona! 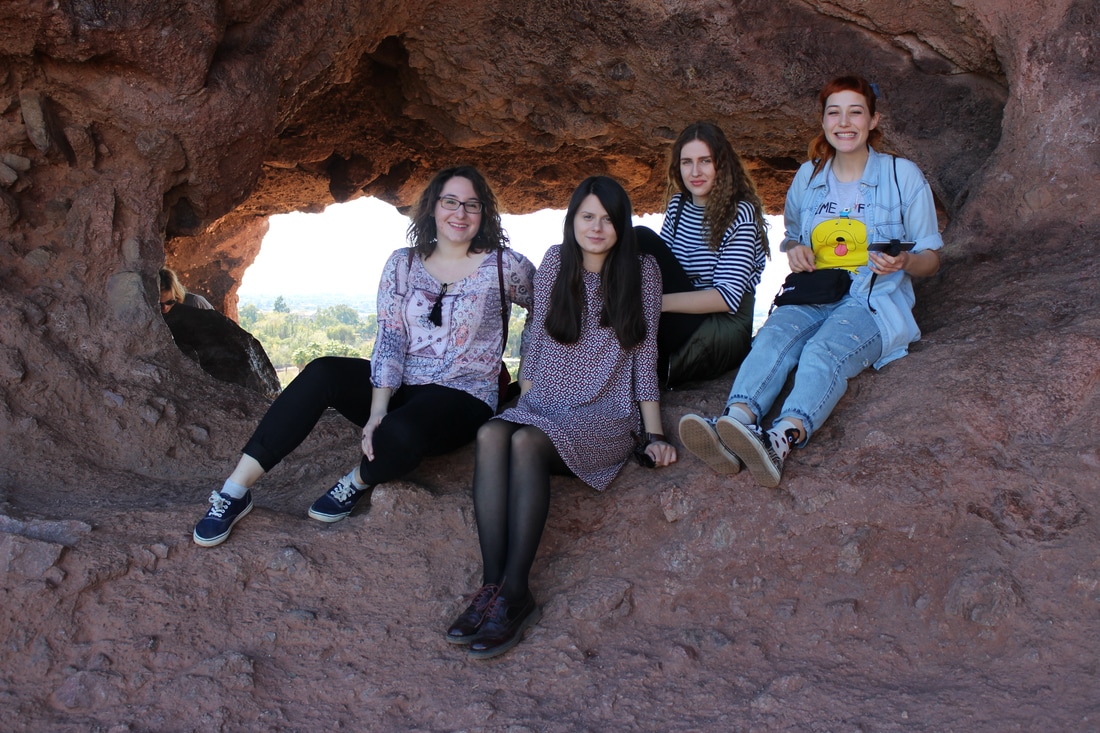 Photo Credit: Jay Alabaster
Arizona welcomed the highest number of refugees in 2016 and furthermore, is the home of one of the leading journalism schools in the United States: The Walter Cronkite School of Journalism on Arizona State University. Six journalism students from Zagreb travelled to Phoenix in February 2017, and for two weeks, learned about integration of refugees and immigrants in the US.

The moment was just right for journalists, as it was a tough one for America. The Croatian students landed in Phoenix one day after Trump’s “Refugee ban” - the directive that prevented individuals from seven, predominantly Muslim, countries from entering the United States. Loud whistles and rallying chants were the first sounds heard in the US, as thousands gathered in a movement mirrored across the country, Sunday, 28th of January, in protest of President Trump's apparent discrimination.
It was a hot topic during their whole stay in the US. The students had the opportunity to interview Syrian families, both Muslim and Christian, that re-settled in Phoenix; refugees from Africa that settled 10 years ago and started a farm; students that gathered around the goal of helping refugees in Phoenix; protesters against Trump’s politics etc.

They filmed stories each day, collecting pieces of a puzzle to tell a bigger story about refugees in America during a confusing and dynamic socio-political moment. The other topic, always hot, but now on fire - the US-Mexico border. In January 2017, after the inauguration, new president Donald Trump pushed to actualize what he had promised during his campaign: "strengthen the border with Mexico." Trump gave the directive to raise the wall between the two countries and in the following weeks, undocumented immigrants were deported. The visiting journalism students travelled to Nogales, Sonora (Mexico), where they were exploring this issue. The 3-meter wall covered 650 miles of a 2000-mile long border--all urban areas--including Nogales. ​
The students from Zagreb worked with professors, media professionals and American students each day in Walter Cronkite School of Journalism. They collaborated on projects with American journalism students and saw convergent media in action during visits to the university's nationally renowned newsroom, Cronkite News-Arizona PBS. Here, 150 students work in a myriad of roles which contributes to a daily, state-wide newscast and 24-7 website.

With Associate Dean Dr. Bill Silcock, the students were re-emphasizing traditional journalism values, and deepening their knowledge of investigative journalism and good storytelling, helping them to feel more confident in reporting on such important and complicated issues. With multimedia specialist Jay Alabaster, they learned to use a variety of web-based storytelling techniques, crucial for engaging modern audiences. This study trip gave them real journalistic experience of using fresh multimedia skills on a trending topic in a real-time setting. 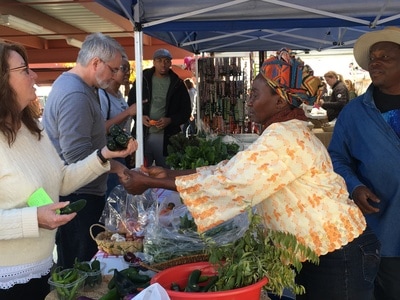 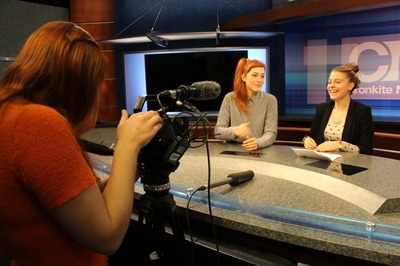 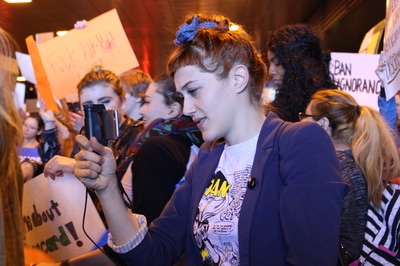 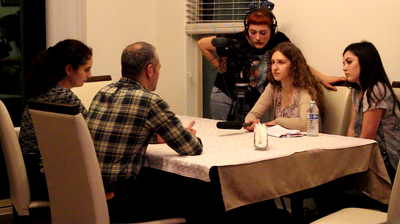 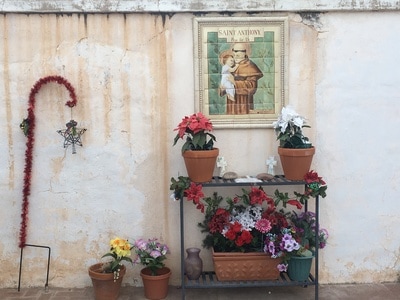 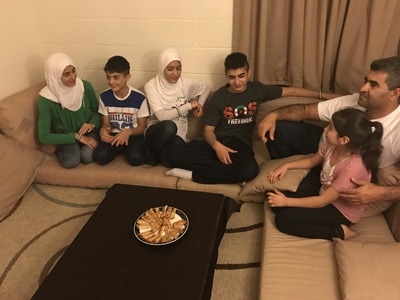 In March 2017, during one-week skills training session in Zagreb, the first version of this website was built. The media content available here was all produced by journalism students, who through this training, employed new multimedia skills on trending topics in a real-time setting to reemphasize traditional journalism values. Through this workshop, journalism students from six Balkan countries (Albania, Croatia, Montenegro, Macedonia, Serbia, and Slovenia) built strong relationships while working together on the refugee stories, and those connections between the new media professionals will certainly have impact on the future of media in the Balkans.

The program was very dynamic and challenging. They visited two asylum seekers centers in Croatia (Kutina and “Porin”) and in small teams reported about the people they met. Families from Afghanistan, Syria, Iraq were very open to the young journalists, sharing with them their stories of fleeing home and seeking peace. These stories were told in many different media forms - photos, videos, maps - all of which are available on this website. After this fruitful workshop in March, the students went back to their countries and continued to film refugee stories - in Macedonia, Greece, Serbia and Croatia--expanding the network of young media professionals throughout the Balkans. 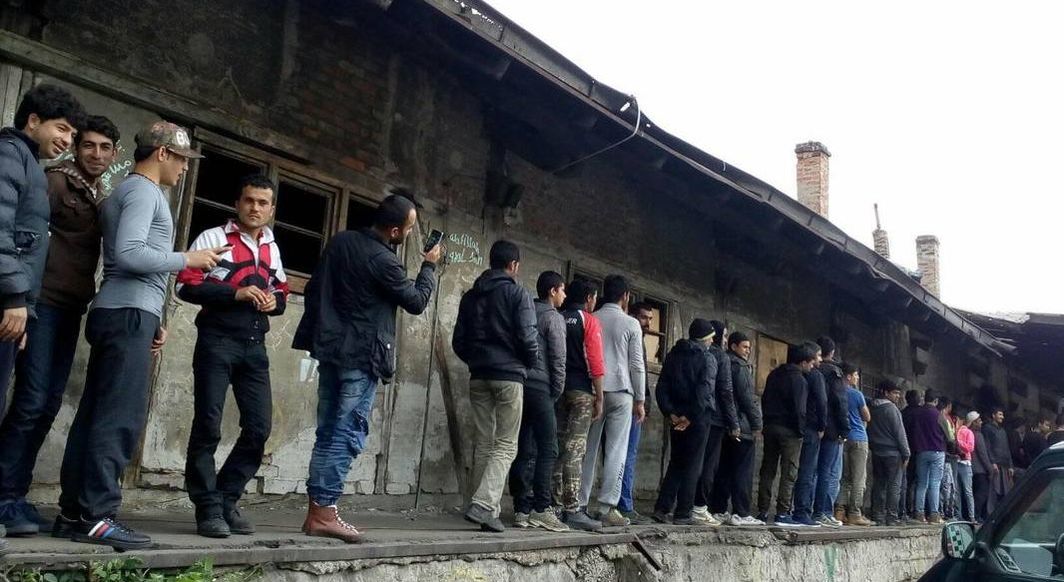 All teams return to Zagreb for a 1-week post production phase in June 2017. During the time from the last workshop, they were filming refugee stories in their own countries, or even traveling to areas with a surge of migrants (Macedonia, Greece). Now it is time to fill the website with finished stories - both individual stories from specific countries, as well as trend and impact stories that pan across the region and even the Atlantic to America. Faculty members serving as editors will work on the various scripts and multi-media projects. The web team completes design for the host site. The documentary team brings the individual stories together into a news magazine format. The project team finalizes and then engages in social media to rollout the various individual story elements and promote their work of the past 6 months. 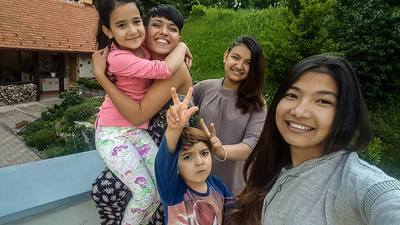 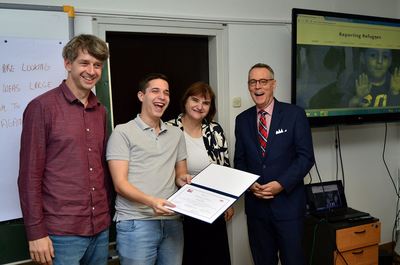 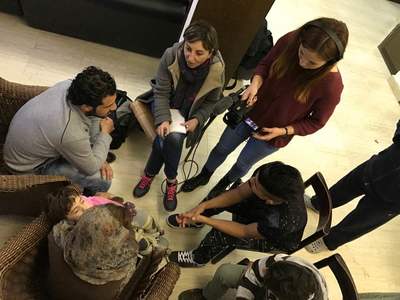 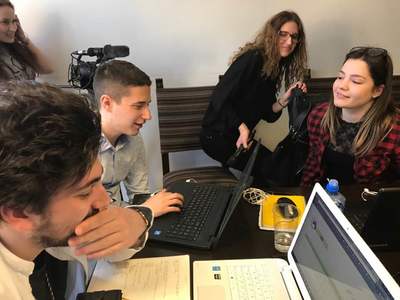 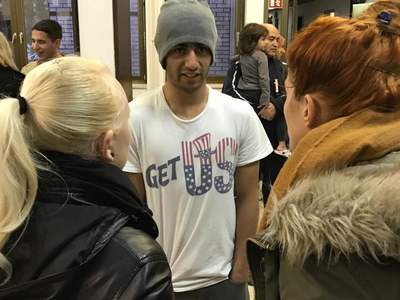 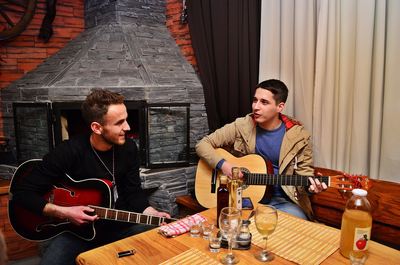 Students have the opportunity to participate in the International Competition of Student Media Work “On the record”. After 3 years of organizing this successful festival in Novi Sad, Serbia, the time has come for Zagreb! This festival will be a part of this project this year. More than 30 students are competing with their radio, TV and multi-media stories. The finalists’ stories will be shown on Faculty of Political Science, and in the evening the winners and all the students participating in this project will be celebrating their new experiences on a big closing party!

Photo Credit: FF team
Balkan Bridges Project succeeded in achieving its goals: it raised the level of journalism education in the region, which inevitably has a lasting impact. Balkan wide student journalism network for future exchanges was established, as well as professional friendships among the new media professionals. The ties between universities in the region, and between the professional news organizations and journalism schools were built. All of these worldwide connections were realized around the goal of dispelling stereotypes, teaching tolerance and deepening understanding on the social and political aspects of the on-going migration crisis. The work of participating students will continue, with all their refugees stories visible on this site. 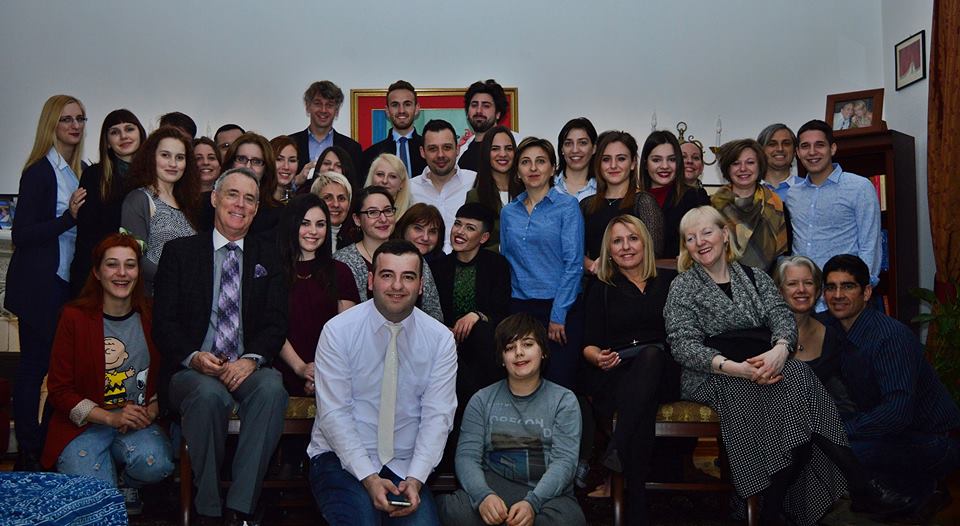 The project was made possible by a grant of the U.S. Embassy Zagreb. Special thanks to Christian Wright, Public Affairs Director and Anja Picelj-Kosak, Media Specialist.