A long search for a home

​Her family thought they had found a home in Austria, known among refugees for its friendly treatment of those allowed to stay. But then they were forced to leave by local authorities. That meant her travels had taken her to Afghanistan, Greece, Serbia, Croatia, Slovenia, Austria, and now back to Croatia, where she lives in Zagreb with her family.​​
"We traveled by train, by bus and then by plane when they deported us back from Austria to Croatia. That was sad, because I don't like planes,” she said.

Two years after a wave of refugees first hit the “Balkan route” countries, the journey of refugees like Rohsare continues, even after their plight has largely faded from public view. The route is a main thoroughfare from troubled regions in the middle east to Western Europe, with over 650,000 individuals passing through in 2015. Last year, the total reached over a million. It was officially closed in 2016, after Balkan countries began to close their borders, yet refugees continue to stream in illegally by the thousands. 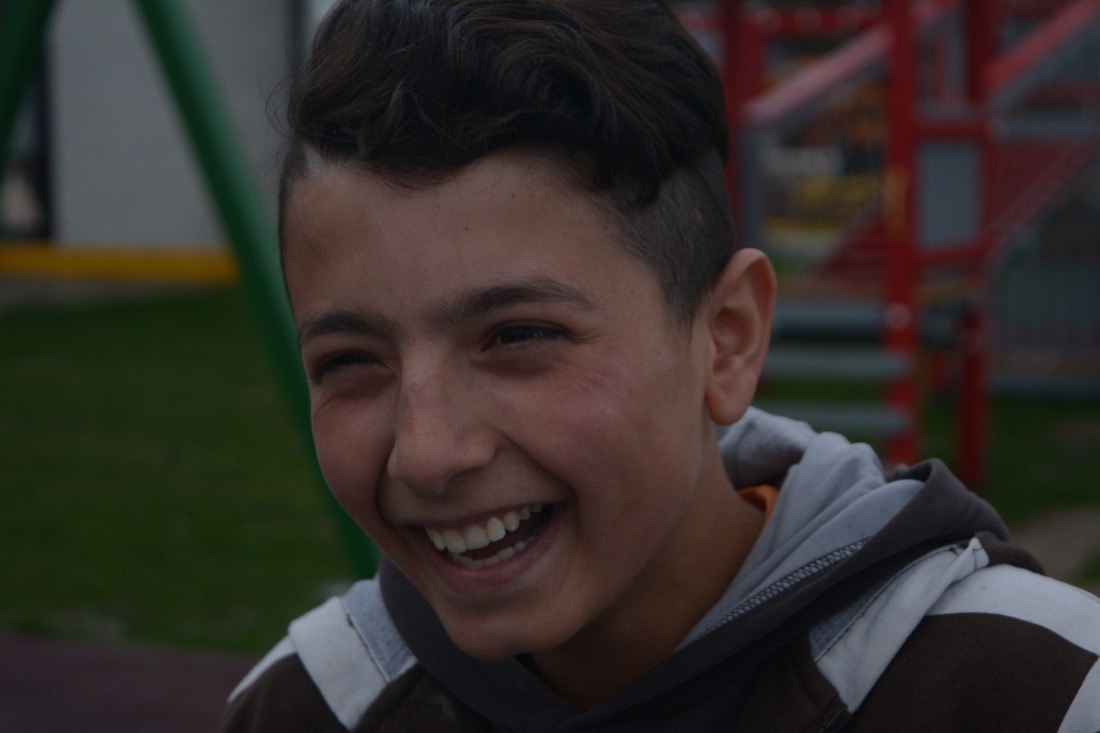 Photo Credit: Dino Zurak
At a refugee reception center in Kutina, Croatia, gregarious 13-year-old Yusuf smiles shyly and clams up when asked about life in his previous home in Syria, but eventually gets his point across. "My home is ... boom, boom, boom ..."

​Now safe from bombs at the reception center, he spends his time with the 40 other children here, keeping an eye out for Ana, the pretty older volunteer he has a crush on. He plays as much football as he can, and proudly says he is the one true “Kertziano Ronaldo,” a Croatian version of the Portuguese superstar. One thing he never talks about is his future. After a few months in Kutina, his journey is still not finished, as his case winds its way through the bureaucrats and government officials that will decide his fate.
Rhosar and Yusuf have had their families to support them, but other children have not been so lucky. In March, the International Rescue Committee and Save the Children said that  child refugees who are traveling alone or have become separated from their parents on the Balkan route make up at least a third of those who arrive in Europe. More than a million people have passed through Bulgaria and Greece since the beginning of 2015, and nearly 100,000 were children without any escort.

​"It is estimated that more than 1,300 unaccompanied children across the entire region are currently exposed to the risk of exploitation, violence and trafficking," a report issued by the groups states. The main problems are the lack of information about unaccompanied children, insufficient possibilities for safe accommodation, inaccessibility to legal routes, and exposure to exploitation.

Marija Cvejić, from the non-profit organization "Atina," which works to end human trafficking, points out that children on the route can become targets not just in the countries they move through as refugees, but also be victimized according to the traditions of their home countries. She says that young male victims of sexual violence can be referred to as “bacha bazi,” an Afghanistan term that can be translated as a "boy-toy."

“We saw three or four boys standing there helpless while other men teased them as homosexuals,” she said. “Our interpreter explained to us that this is not typical, because that is very offensive in their culture. Yet when we look how they were dressed it is very possible that they were bacha bazi,” she said.

During her time in the field in Macedonia, Cvejić has even encountered children exploiting others, working as refugee smugglers.

“We saw that boys under 14 had smuggled refugees, but that the police could not do anything because they can not be prosecuted as criminals. The question is whether the system can recognize the problem. When a child smuggles other individuals, it only shows that the child was discriminated against and learned about smuggling through first-hand experience. Such things must be recognized and resolved,” Cvejić said.
​
Most people that smugglers, of course, are not children. Plying their trade by land and by sea, such individuals are called "taxi drivers," and rates have skyrocketed as some countries have cracked down with jail time and even police beatings, increasing the risk. To refugees, they have another name.
Ahmad Seyar has always known smugglers as “bosses.” They are common in his home country of Afghanistan, hanging around neighborhood parks and waiting for customers willing to gamble on a flight to a better life.
“I've been here for a few months now and I've realized that there are conflicts between Serbia and Croatia. When we were crossing the border, the Croatian police stopped us. There was one guy with us and he had a cap with the Serbian flag, and cop started to hit him in the head, saying 'What's that? What's that?,’" he said.​
Sayer said he had found the police to be as dangerous as the smugglers. In Hungary, the group he traveled with had been beaten by police. In Bulgaria, the police were looking for money and mobile phones, which he refused to surrender, as it was his only link with his family. When passing through Iran, he learned that the police shoot at those who don’t stop immediately when ordered to do so.
Attempts to organize mass transport for refugees have had mixed success. In Serbia, a liberal government policy has allowed private companies to sell transportation. According to Radoš Djurovic from the Center for Protection and Assistance to Asylum Seekers, at the peak of the crisis, buses packed with refugees would arrive at favorable locations in the country, with many charging steep prices and offering no proof of service. Large-scale violations of transport policy lead to a crackdown by authorities - in one night half of all refugee buses were banned from the road, with police issuing more than 200 tickets to drivers.
“I left because there is no democracy, there are no rights. I am tired of travelling. I'm already here for two weeks, but I will not stay here for too long. We will go on to England, although our way is illegal. I do not want to go in the camp because I don't want to leave any traces ... I'm afraid to return back," she said.
They paid $2,000 per person to smuglers. Finally, Noori sold some stuff and went into exile. Over the Turkey, Greece and Macedonia he came to Serbia, but they returned him back to Macedonia. His family is waiting for him in Herten, Germany.